TaoTronics has developed a few popular entry-level TWS, which includes the TT-BH053 and the sports-oriented SoundLiberty 79, both offering a lot of value for the money and it seems that the manufacturer has decided to also try its hands at developing a pair of budget-friendly ANC TWS earbuds. It’s already very difficult for the manufacturers to get a balanced sound experience out of their small true wireless earbuds, but with the active noise canceling tech, things get even more trickier.

Currently, this market is dominated by Sony (with its WF-1000XM3) and Apple (with the AirPods Pro), but devices such as the 1more TWS ANC have also managed to get things right despite cutting some corners, so when I saw that the TaoTronics SoundLiberty 94 prides itself with the ANC technology, while keeping an incredibly affordable price tag, it immediately got my attention.
I am going to be a bit skeptic if a sub $100 (at the time of writing) can keep up with the more expensive devices from the competition, but, of course, every technology gets cheaper to implement with time, so the SoundLiberty 94 may actually rise up to the expectations. 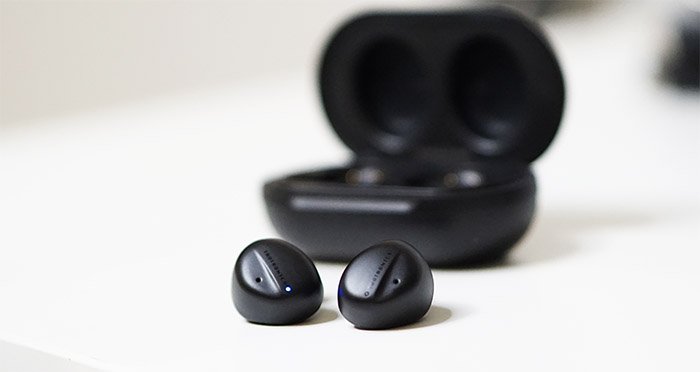 That being said, since I currently live in a very noisy place, the active noise canceling technology has been a godsend to allow me to work undisturbed (check out ‘my journey’ with the Sony WH-1000XM3 in an attempt to silence the intrusive noise from neighbors), so let’s put the TaoTronics SoundLiberty 94 to the test and see whether the manufacturer has managed to create a balanced device.

Besides relying on Bluetooth for the inter-earbud and the smartphone connection, the true wireless earbuds with ANC have one main design element in common and that’s the increased size. Yes, the regular TWS earbuds struggle quite a bit to remain as compact as possible since the manufacturers needed to fit inside the small plastic case a battery, the Bluetooth antenna, the speaker, a microphone and a button (and probably more). But, apparently, the active noise canceling tech will require additional space and, with the exception of the Apple AirPods Pro earbuds, the ANC earbuds are quite large and need some ingenuity to keep themselves properly secure in your ear without causing discomfort. The interesting thing is that the TaoTronics SoundLiberty 94 are not really that large and, at 1.0 x 1.0 x 0.78 inches (2.5 x 2.5 x 2.0 cm), they don’t differ that much from the TaoTronics SoundLiberty 79.

The SoundLiberty 94 did took an different approach, leaving out any silicone hooks and just went with a simple black plastic case for each earbud, which shaped to fit inside your ear (no part sticks out). It’s still a fairly large device and i had to properly push it inside the ear canal to ensure that it doesn’t fall out. And it did quite a few times which shows that a silicone hook may have been a wise addition after all.
Furthermore, since you do have to push the earpieces quite a bit, the ear canal gets easily irritated, especially if you have to readjust it several time (which usually happens if you decide to use them while working out). So, they’re comfortable if you’re in a plane or train, but I wouldn’t recommend using the SoundLiberty 94 while jogging or doing any outdoor exercise since they will quickly become uncomfortable and you also may lose them. It’s worth mentioning that inside the package, there are three available sizes for the silicone tips, so they should be suitable for most ear sizes. Just like the SoundLiberty 79, the TaoTronics SoundLiberty 94 earbuds rely on a touch-sensitive area to allow you to control the music and/or the calls.

Tap the control area on the right earbud twice to Play/Pause a track and tap it once to raise the volume; tap the left earbud once to lower the volume. You can also go to the previous (or next) track by tapping three times the left earbud control area (or the right one) and, in case a call comes when you’re wearing the SoundLiberty 94, simply tap once on any earbud to answer it – you can also hang up or decline the call by holding your finger on the control area of any earbud for two seconds. Since the TWS earbuds also have the ANC tech implemented, there are several functions that you can use. In order to switch On or Off the ANC, you need to tap and hold the left earbud for two seconds, but both earbuds need to be connected between each other (it will not work in single mode); to enable/disable the Ambient Mode, tap the left earbud twice.

I have to admit that it’s not really the most intuitive system and the control area is smaller than on headphones – for example, the Sony WH-1000XM3 also supports touch control, but it’s far easier to do the actions due to the far larger touch-sensitive area. Perhaps a physical button may have been better, but the touch-sensitive control works as well without impacting the minimalist design of the earbuds. Near this control area, there is a LED which will flash red and blue when the SoundLiberty 94 is ready to be paired and then blue every few seconds after it’s paired. There is also a microphone on the outer area an another microphone next to the silicone tip. Most earbuds in this price range offer some form of water protection and so do the TaoTronics SoundLiberty 94 TWS earbuds, being IPX5 rated which means that they should be able to sustain low-level pressure jets of water. So it should do fine with the sweat or while it’s raining, but I would avoid using them in the shower or while swimming.

Both earbuds come inside a fairly compact charging case fully made of plastic (covered by a black matte finish). The case measures 2.75 x 1.57 x 1.18 inches (7.0 x 4.0 x 3.0 cm), so it definitely can be carried in a pocket, the lid is also easy to open or close (it’s magnetic) and on the front, there are four LEDs to show you how much battery is left (the charging case comes with a 360mAh internal battery). I have to mention that the earbuds are a bit slippery and it’s not very easy to take them from the case. On the rear side, TaoTronics has added a USB-C port for recharging the case (which is not that common with budget-friendly TWS earbuds) and there is also a short USB-A to USB-C cable inside the package. 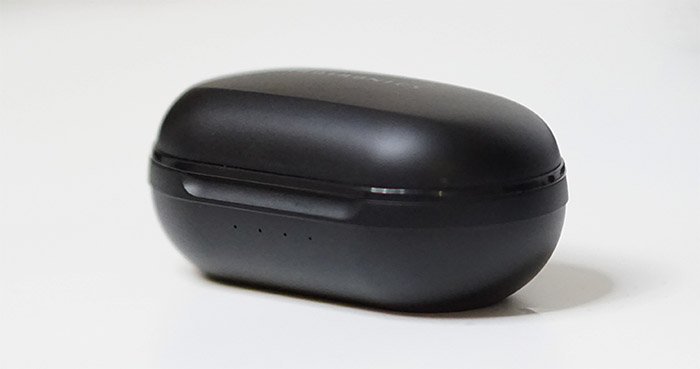 The TaoTronics SoundLiberty 94 earbuds rely on 9.2mm dynamic drivers to deliver a fairly loud sound and indeed, while wearing them, the sound was loud enough even when there was lots of noise around me (the ANC does help a bit in this regard, as we will see in a moment); I know that some of you may think that 9.2mm may can’t be enough for a good bass, but the size doesn’t matter when dealing with dynamic drivers. As for connectivity, TaoTronics has added a Bluetooth 5.1 antenna which is not really a huge leap over the v5.0, but you still get a faster connection, while requiring less energy and, just like the previous version, you get support for a higher throughput and better coverage. The Bluetooth coverage with both the TWS earbuds and wireless headphones hasn’t really changed from the Bluetooth v4.1, so expect the usual 30 feet before you start noticing that your music gets interrupted.

The pairing process is as simple as expected: take the SoundLiberty 94 TWS earbuds from the case and wait until you see the LED flashing blue and red (otherwise, if they haven’t been paired already, you may need to recharge them), enable Bluetooth on your mobile phone and check for TAOTRONICS SoundLiberty 94 and click pair. The earbuds support both SBC, AAC codecs and, using a Pixel smartphone, I could see that indeed, the AAC was enabled.
One minus is that there is no support for Bluetooth multipoint, but only a few high-end models do have it and yes, you can pair only one earbud which will then work in mono mode. After listening to some songs, I noticed that when the ANC is off, the highs (treble) are well highlighted, the voices were very clear and there is almost a perfect differentiation between the instruments. 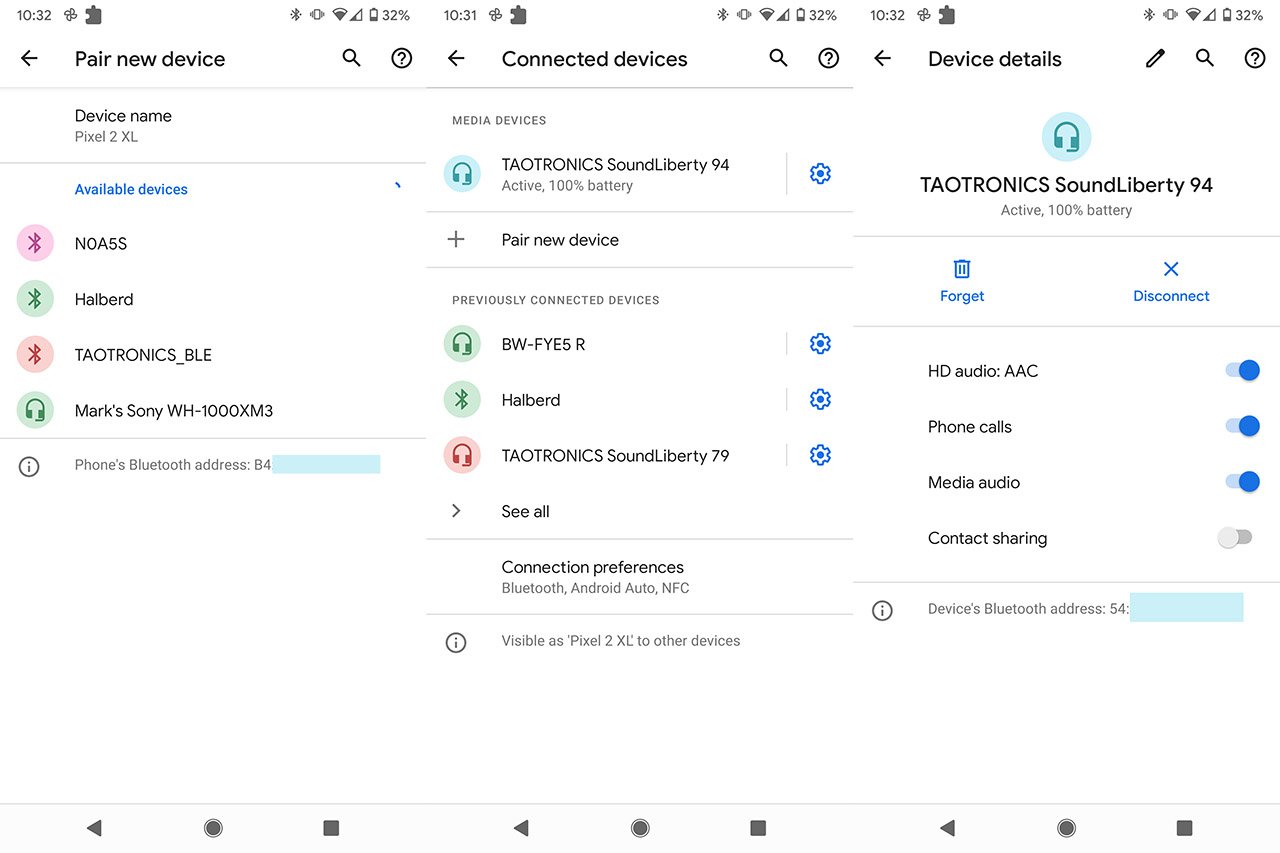 The mids also sound quite good and, to my surprise, the bass was reasonably rich as well, especially for such an affordable device. But, if you turn the ANC on, you will notice a few things. First of all, the bass looses some of its depth, while the mids and the highs didn’t seem to have suffered any noticeable change; secondly, I noticed that the ‘ANC effect’ that some people have complained that it made them dizzy can barely be felt in this case. Now, for the sound canceling itself, the TaoTronics SoundLiberty 94 do a really good job at covering the really low frequency noise, but everything else remains perfectly clear. So, if you’re on a plane and need to cover the sound of the engines, it may be better to invest into some ANC headphones, such as the Sony WH-3000XM3. But, let’s not forget that these cost a third of what was considered the cheapest ANC TWS earbuds out there (the 1more ANC TWS earbuds), so TaoTronics indeed did a good job when taking into account the budget limitations.

Since you can answer calls using the TaoTronics SoundLiberty 94, I decided to check out the audio quality of the call. From my end, I could hear the other person clearly and loud enough, and I know that most TWS earbuds struggle to keep the background noise low and the voice clear from the user’s end, but the TaoTronics SoundLiberty 94 performed really well in this regard, so the person on the other end could hear my voice decently clear as well, despite being in a fairly noisy cafeteria.

Lastly, let’s talk about the battery life. Each earbud is equipped with a 50mAh battery and the manufacturer says that this should be enough for 8 hours with ANC off. In my test, the battery life was very similar to the SoundLiberty 79, scoring about 6 hours and 20 minutes with ANC off (the volume at about 70%), but if the ANC was turned on, there is some impact on the battery life and I was able to measure about 5 hours before they earbuds needed recharging. 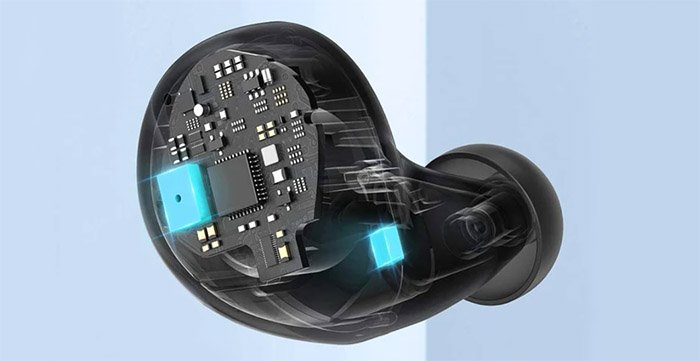 After I got the TaoTronics SoundLiberty 94, I made sure to recharge the case to 100% and then didn’t use the earbuds for a couple of weeks. A few days ago, I took them out for testing and I noticed that the case only had about 25% charge left, so it seems that sometimes, the earbuds don’t shut off and continue draining both their own and the case’s battery. This doesn’t happen every time I put them in the case, but it does happen from time to time.

The Active Noise Canceling technology is usually reserved to the more expensive true wireless earbuds, but it seems that TaoTronics has taken the initiative to make this tech a lot more affordable. As expected, it’s not going to perform the same as on the Sony WF-1000XM3 or the Apple AirPods Pro, but it’s still able to cover the lower frequencies, while also improving the call quality. As for the sound quality, this are perhaps the best earbuds that TaoTronics has developed so far, so expect an excellent audio, better than most of its competitors in the same price range. The battery life is also very good, but I did notice some problems with the charging case (although I hope it’s not something generalized). 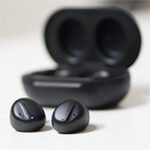