The Ainope 10,000 mAh power bank is a relatively small portable device built for the very important purpose of keeping the battery of your smartphone or tablet charged for a long period of time. The power bank is not a new device by any means, but it is a consequence of the smartphone’s lacking battery (which has gotten better over the years but most handsets still offer only a one-day battery life) and, if you’re traveling, unless you’re sure you’re going to have access to power sockets, you’re going to need a reliable power bank.

But it’s not only about traveling, because the phone has become such an indispensable part of our lives and we need uninterrupted access to it (so we don’t miss important calls or messages, to guide ourselves through the city using the GPS or just for simple Internet browsing). 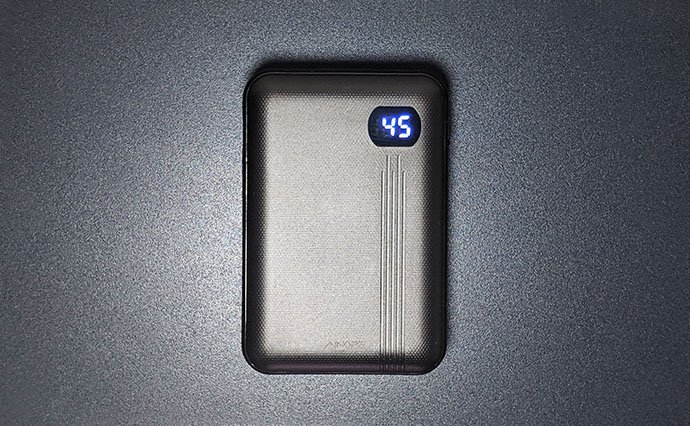 Due to the growing demand (out of necessity), the public was immediately flooded by lots of portable chargers which varied in shape, size, capacity (and more), but some manufacturers have slowly distanced themselves from the mass (Anker and Mophie are some of them) and became the go-to for ensured reliability (even if that meant a more expensive price tag). Ainope challenges these brands by offering a more compact power bank (than its direct competitors) rated at 10,000 mAh, two USB output ports and a LED screen to accurately show the current battery level.

Some portable chargers have adopted various shapes (really, the imagination is the limit in this case as can be seen here), but Ainope decided to keep things formal, so the power bank has adopted a more conservative look, featuring a rectangular plastic case with rounded corners, covered by a black matte finish (it’s soft to the touch and doesn’t retain fingerprints – the device comes available in two colors, black or white). 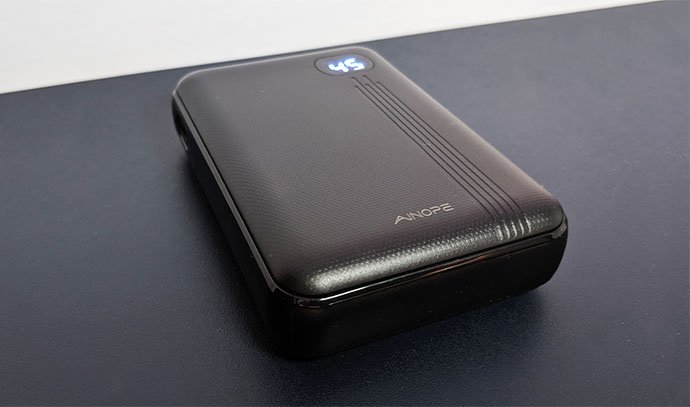 On the front, the surface is almost completely covered by a subtle circle pattern interrupted by the small LED display and by some ridges which do ensure that the device won’t slip out of your hand (the plastic frame is divided from the front and rear side by a narrow glossy surface). The LED display is one of the highlights of the Ainope power bank because it shows the charge level of the internal battery with precision (single digit), unlike the vague three of four small LEDs (that are more often used to show how much charge is left).

Despite being a compact device (it measures 3.74 x 2.46 x 0.93 inches), the frame is a bit thick and, while it will fit in your pocket, you will feel the width of the device, as well as its weight (it weighs 6.98 ounces, so it’s a surprisingly heavy object). Furthermore, you should be careful not to drop it because it doesn’t have any protection from shocks (as this is not a rugged device) and a fall may disconnect the internal pieces. 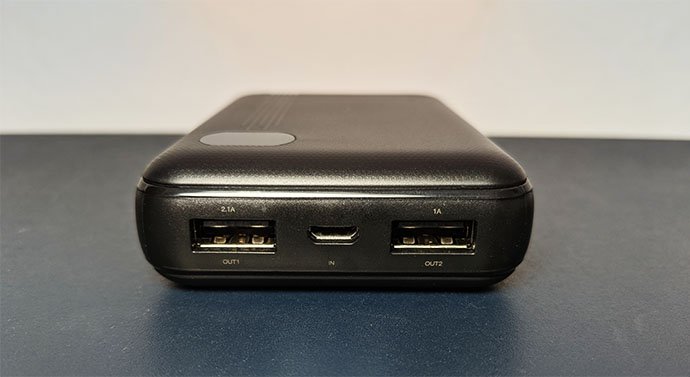 On the top edge, the Ainope power bank features two USB Type-A output ports, the one next to the LED display featuring an output of 5V/2.1A, while the other has an output of 5V/1A. And this is suitable for most devices since, typically, the output is either 1A or 2A (5V), the latter not only charging the device faster, but also allowing the device to keep running while recharging its battery. The two USB ports can charge two devices simultaneously (3.1A output) and you can also recharge the battery of the power bank at the same time using either the microUSB port in between the two type-A USB ports (the power bank comes with a very short cable in the package) or you can use the USB Type-C port which is positioned on the left side of the case (you will have to use a cable of your own).

On the right side of the case, there’s a Power button which, when pressed, will turn on the display to show you the battery level (if the power bank isn’t connected to any devices, the display will turn off by its own after a few seconds have passed). 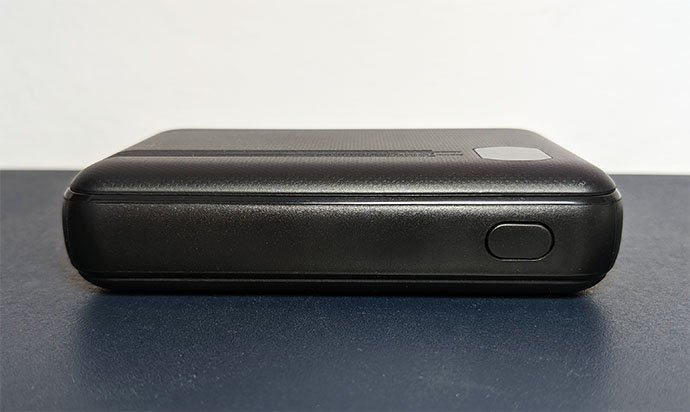 The Ainope has a battery capacity of 10,000mAh (37Wh), but it is rated as a bit above 6,000mAh, specifically at around 6,300mAh. The reason for that is because the battery’s working voltage is 3.7V and, considering that the USB output is 5V, it will have to raise the output which will eat up from the 10,000mAh, leaving only approximately 7,400mAh available.

Furthermore, the manufacturer says that the circuit board requires about 15% from the battery, therefore leaving only 6,300mAh available for the external devices. To test how many times the Ainope power bank can recharge a smartphone, I used my Google Pixel 2 XL which is equipped with a fairly large 3520 mAh battery so, it should recharge it close to two times. And that was pretty much the case, because I was able to recharge the battery of my phone from 0 to 100% one time and the second time, it stopped at about 90% (using an iPhone 10, which has a 2716mAh battery, it should charge the battery from 0 to 100% two times and the third time, it should stop a bit before half). 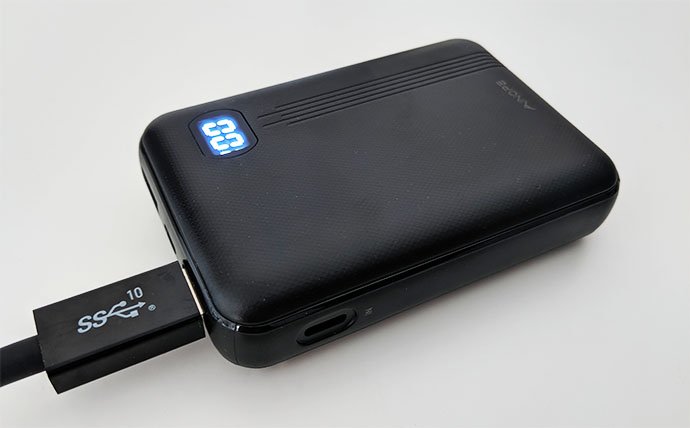 The Ainope portable charger does not support the Qualcomm Quick Charge feature, so charging the phone from 0 to 100% took about 2 hours and 20 minutes. Since this is a 10,000 mAh power bank, recharging its battery will take a long time and, during my test, it took about 14 hours to go from 0 to 100%.
The power bank market is clearly over-saturated, so there are lots of different 10,000mAh portable chargers to choose from but Ainope tries to persuade you with its compact size (although it is a bit thick and heavy), with the LED display that offers accurate readings and with the inexpensive price tag, all that while offering a decent performance, so it’s definitely worth taking into consideration if you plan on purchasing a new power bank for your mobile devices. 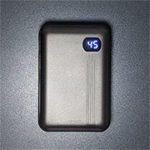