Picture this scenario: You’ve just moved into your very own home, but you’re far from handy and don’t know anything about how to install electric motion sensors. Luckily for you, you don’t need to be an electrician these days when it comes to light installations.

If you’re looking for a quick and simple way to install lights in your home without the hassle of electric wiring, tools and specialized light fixtures, then the Mr. Beam MB360XT is for you. Let’s take a look at what this gadget can do. 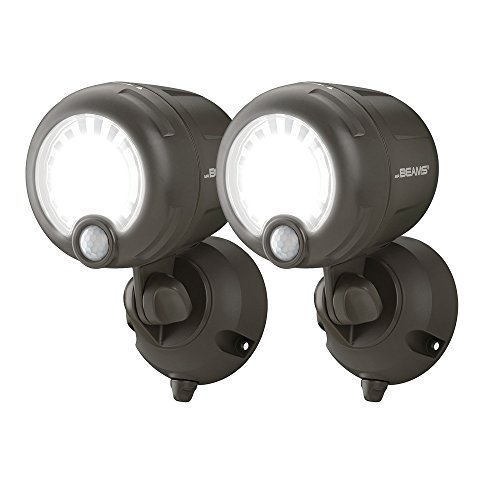 The Mr. Beams MB360XT is a wireless battery-powered outdoor motion sensor, powered with LED lights. When the sensor picks up movement in the area it’s pointed to, a bright floodlight will automatically switch on. It switches off again after 20 seconds.

Mr. Beams was founded in 2006 by David Levine and Mike Recker. The brand specializes in wireless indoor and outdoor lighting.

Who is This Product for?

This product is for people who are shopping on low budgets and those who aren’t sure how to install technical wire operated light fixtures. It’s also perfect for the older generation as the LED motion sensors can be used on the ground, so there’s no need to climb up on ladders to get to them if you don’t wish to.

The Mr. Beams MB360XT wireless motion sensor can be used in areas where there is a lot of power outages as the lights are battery operated.

The MB360XT is not meant for anyone who wants to light up large areas like soccer fields or farmlands as the range is limited. It’s also not meant to be kept on for long periods of time as it switches off after a few seconds.

The Mr. Beams MB360XT Wireless LED motion sensor comes in either a single, dual or triple pack. The product comes with added mounting screws used to install the lights onto a wall. The dual pack also includes two mounting bases. You can view this YouTube video to see what’s included.

The Mr. Beams MB360XT Wireless LED motion sensor doesn’t come with any added batteries. These will need to be purchased separately. The durability might be problematic as the lights have hard plastic exteriors that can shatter when there’s a hail storm or other harsh weather conditions.

The MB360XT is easy to use and extremely simple to install. Mount these above your garage door or simply place them in your garden beds and around your walkways and driveways.

Although this product is wireless and requires battery power, some people might want to use environment-friendly wireless products that require no chemically produced components. There are solar powered lights that can be purchased on any leading online stores such as the LITOM 24 LED Solar Lights; however, these are very expensive products to purchase.

If you want a hassle free, quick and simple way to install motion sensors for that added security measure, the Mr. Beams MB360XT Wireless LED outdoor motion sensor is perfect for you. The Mr. Beam Company ships their products internationally so light up your life by getting these flashy looking spotlights.